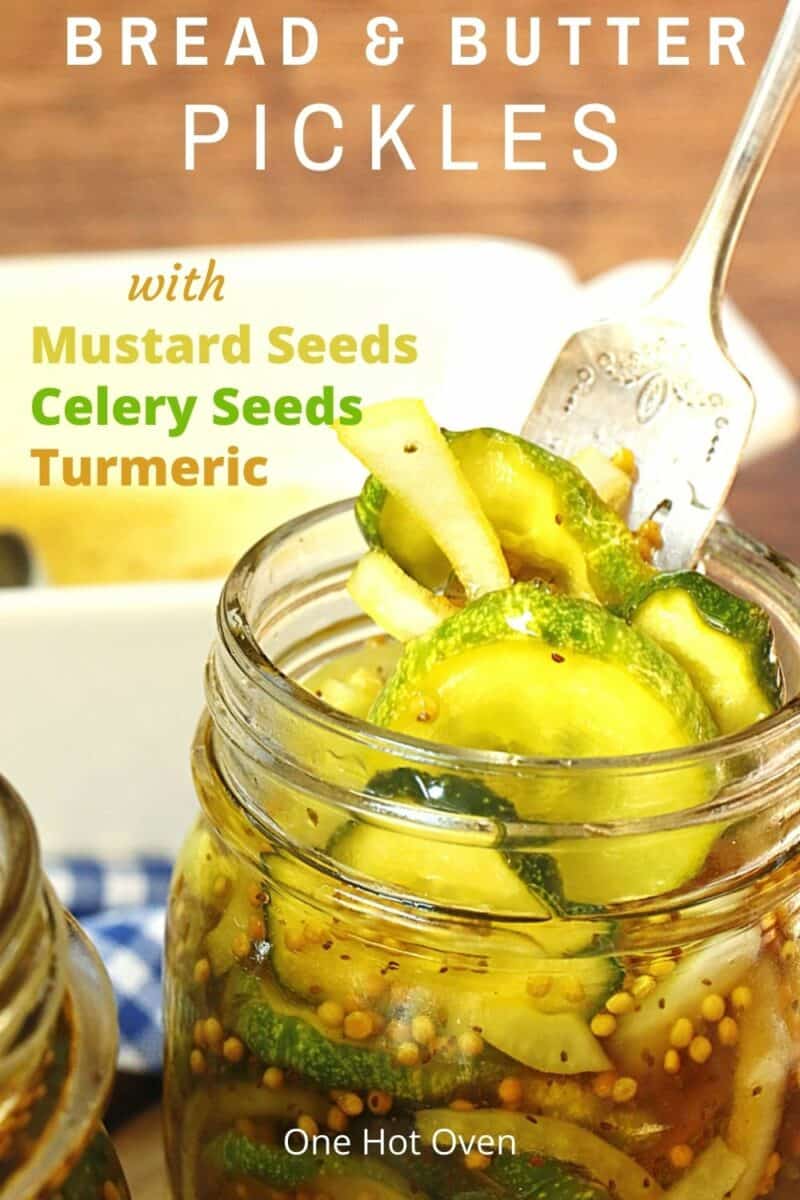 Try this easy recipe for crispy Refrigerator Bread and Butter Pickles that are a little bit sweet and a little bit sour. No cooking, no canning, just an easy small batch recipe for delicious fresh pickles.

🥒Why we love these pickles

What kind of cucumbers should you use?

The best cucumbers to use when making pickles are called "pickling cucumbers."  The major difference between the pickling cucumber and the standard cucumber is they are smaller, they have fewer seeds, less moisture, and the skin is not as tough.

I can only find the pickling cucumbers at farmer's markets, however, you can use the regular slicing cucumbers found in grocery stores, just try to buy small ones.

Step 1. Give your cucumbers a good washing and rinsing and then slice them up in ¼" slices. I love this crinkle-cut slicer to cut the cucumber, it is very easy to use and make those beautiful ridges. You can also make straight-cut slices too!

Step 2. Put the sliced cucumbers in a large bowl and sprinkle the salt over them, stir and then put the bowl in the refrigerator for an hour.

Step 3. After 1 hour, rinse the cucumbers in a colander to remove the salt then put them back into the bowl.

Step 4. Add the sliced onions to the cucumbers

How to make the pickling brine

Step 6. Mix all the brine ingredients in a small saucepan and cook over. medium heat, stirring until all the sugars have melted, then simmer for a few minutes.

Step 7. Pour the hot vinegar mixture over the cucumbers and onions, give it a big stir.

Step 8. Let the pan of pickles sit for one hour in the refrigerator.

Step 9. After an hour of refrigerating the pickles, you can see the change of color and that the pickles have softened some.

Step 10. Make sure to sterilize your glass jars and lids and when the cucumbers are ready, spoon the pickles and onions into the jars and cover the pickles with the brine. Leave a ½" of space at the top of the jar and with a spoon press down on the pickle slices to remove and air pockets.

You may have leftover brine and that may need to be added to the jars once you press down on the pickles.

When the jars are filled clean around the top of the jar and the threads and seal tightly with the lids. Store the jars in the refrigerator for up to three months.

Why are these pickles called "Bread and Butter Pickles"?

Just so you know, there is no bread or butter in this recipe, and you don't have to eat bread and butter with these pickles. The name comes from the 1920s when the Fanning family would barter their sweet and sour pickles for bread and butter at the market.

Are bread and butter pickles the same as Yum Yum Pickles?

They could be pickle cousins! The difference is the Yum Yum Pickles have almost double the sugar in the recipe than this recipe.

Can you use a pickling spice mix?

You can but a store-bought spice mix will contain more spices than I use and will definitely change the taste. This pickling spice mix contains eleven spices including cinnamon, bay leaves, and allspice which are not part of this recipe. I think adding three tablespoons would be the correct amount

Thick or thin slices - that's up to you. I prefer a thicker slice about ¼" thick. The thinner sliced pickles will not be as crisp and tend to curl up.

If don't have canning jars, these pickles will keep well in an airtight container such as a good sealing Tupperware. Just make sure to sterilize the container and lid.

It is super important to sterilize the containers and lids you are using to prevent bacteria from developing. There are many methods but this is what I do -

How to hot pack pickles

Many of my readers have asked, and yes, these pickles can also be hot packed which will make them last longer and they can be stored on a shelf for a year using this method.

For more information on home canning and hot packing, this USDA Home Canning guide can help you out.

These quick Bread and Butter Pickles make a nice addition to a cheese and bread plate, add some dry salami, and some veggies for an appetizer or even for a light meal. My preference for eating these pickles would be straight out of the jar!

Pickles are great served with other appetizers

Make a batch of these homemade Savory Cheese Crackers to serve with soups or salads or for a simple snack.

Make a simple Cheese Board and add a bowl of these pickles for a crunchy bite.

This Creamy Herb Baked Ricotta Cheese is filled with fresh herbs and lemon perfect for a happy hour appetizers or set out at parties with crusty bread.

Please do me a favor and save this pin for later. 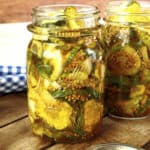 As an Amazon Associate I earn income from qualifying purchases.

These are refrigerator pickles so they are not hot-packed. See the instructions above for hot packing and refer to this USDA canning guide for more information. This is a small batch recipe enough for two 16 ounce jars, double the recipe for a bigger batch.   One Hot Oven provides approximate nutritional information as a courtesy and cannot guarantee the accuracy of any recipe on this blog.